This is 'Fawn Season' on Wondeerful Farm, little ones start popping up everywhere.

In New Zealand, December is the first month of summer. 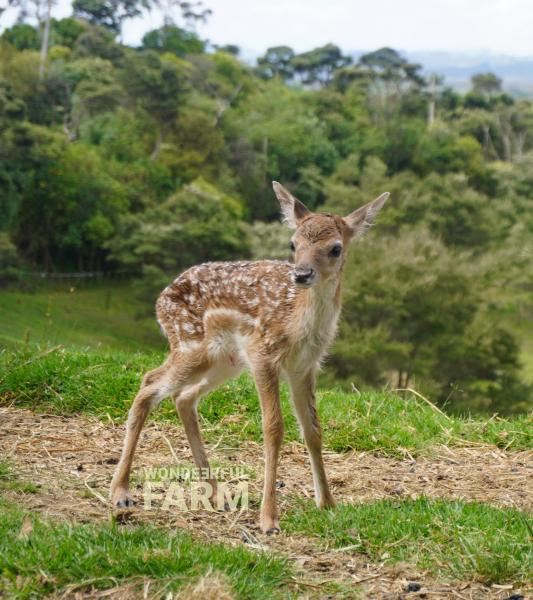 We're very excited to share with you this story. It's under construction and will soon be updated with more pictures and text. But meanwhile, why don't we have an actual look at this little fella, who was just delivered minutes, not hours ago.

First steps of the baby fawn some minutes after birth. 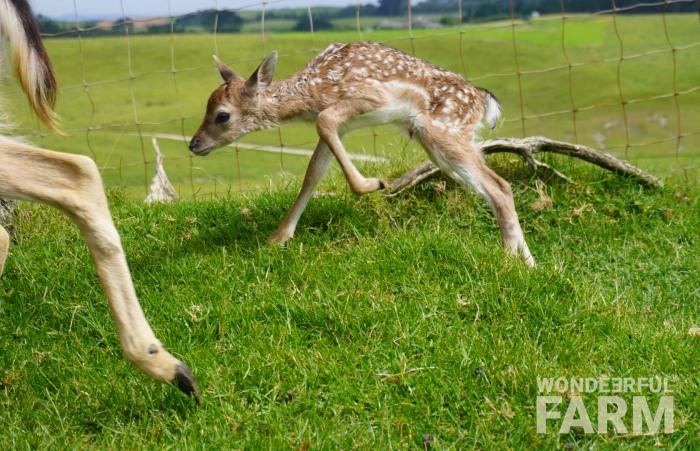 Another fawn in the middle of the paddock, sleeping like a baby, couldn't be bothered by any noises around him. 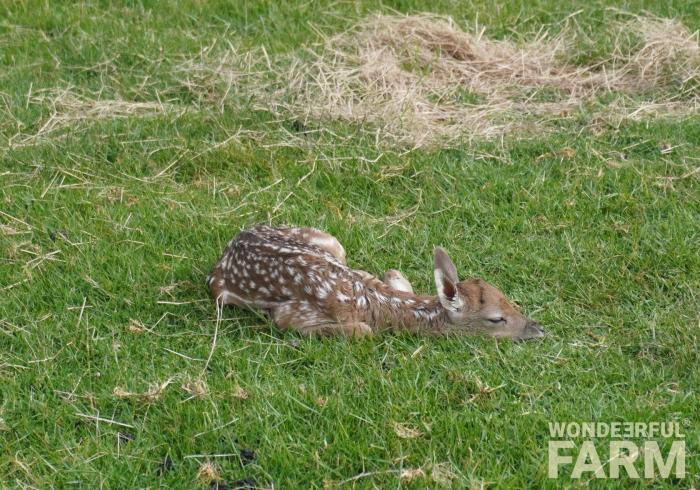 This little baby deer has just realised he's being watched. 'Who's there? I better run to mama!' 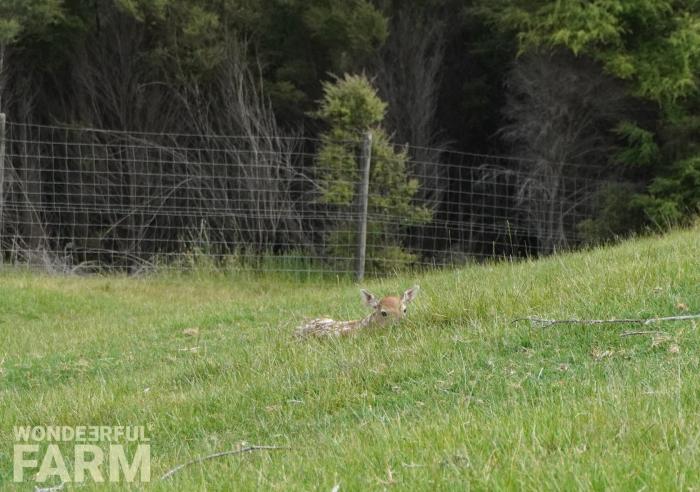 Expectant mothers become a little more cautious, and new mothers can be aggressive if something/somebody they distrust is approaching their baby. They can stomp, run towards the danger or attack with their hooves. That being said, deer are prey animals and seem to be aware their powers are limited, so mothers will also often choose to flee, leaving the fawn behind.

Newborns spend a lot of time lying down in the grass, sleeping. If disturbed, they may choose to run or freeze in position.

Video of a sleeping fawn. Watch his nostrils!

Deer mothers, like many human ones, have to 'go to work', only deer's main job is having a varied diet: browse for different kinds of vegetation. They come back to feed their children several times a day. That's why, if you stumble upon an 'abandoned' fawn, chacnes are its not, mother is not far away, she'll come looking for her baby soon. Do not touch the fawn as it can leave your scent on it or send the little animal into a panic mode. 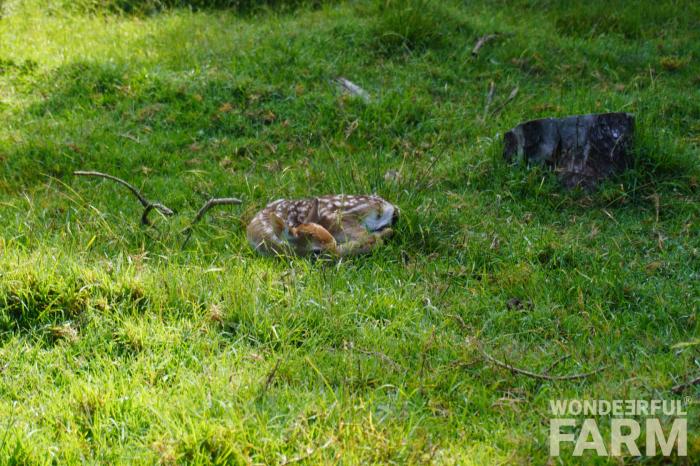 Finally, look at this cute little guy amongst older deer: 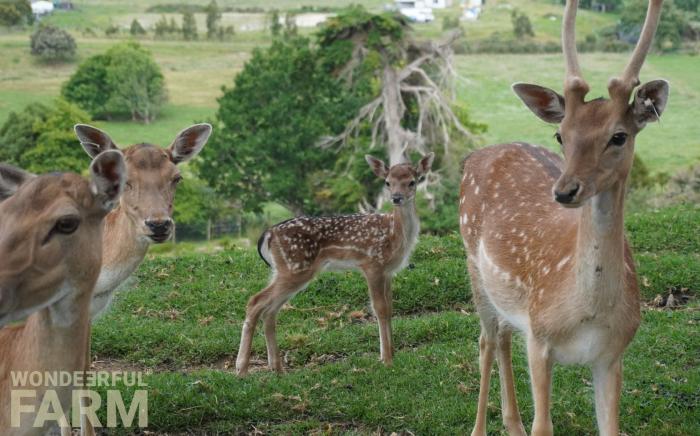 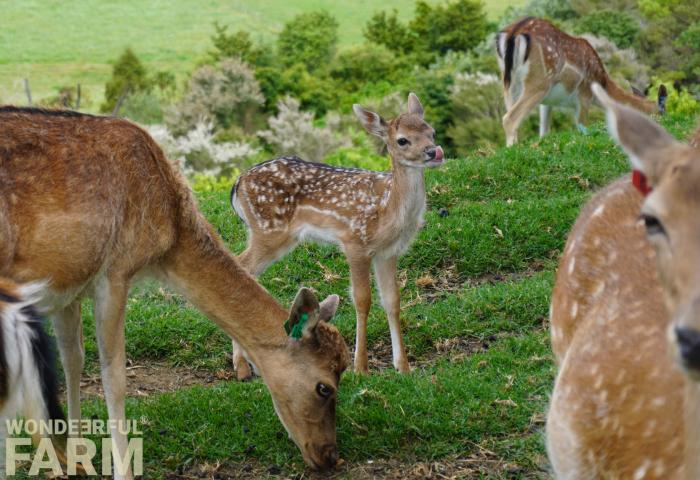 Slow motion footage of a couple of fawns standing and walking around.

Update, January 2022: A few days earlier, Big Mama has had her fawn, which is a bit later than most. He hangs around her pretty much all the time. Currently the smallest one on the farm: 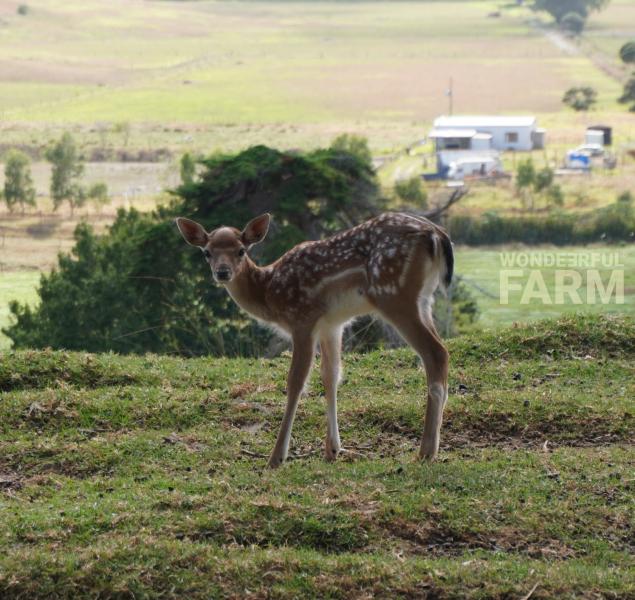 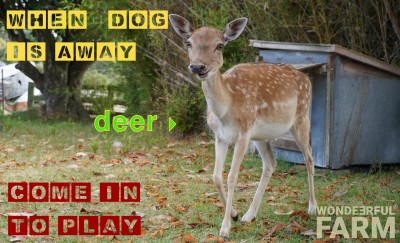 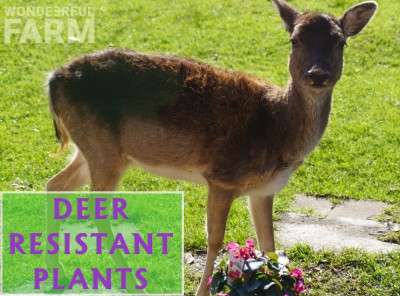 Putting deer-resistant plants to the test

Are there really deer-resistant and even deer-proof flowers and plants? Let's ask our deer whether they find these plants repulsive or irresistable?
read more...