So here's the explanation for our silence for a while. We were preparing for and bringing home the puppy, who is now settling in. 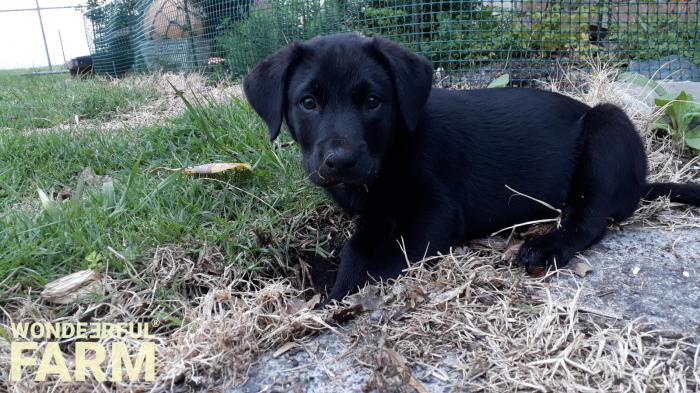 There's not much time left since that, so this is going to be a short update with a few pictures. We're constantly working on getting the two species to ignore each other.

Which deer have started doing first, after initial scare little mischief gave them. They ran away, but kept coming back. Now it mostly seems they're standing their ground, and Dobby is coming to terms with the neighbors. Some of them barked at him (yes, deer can bark!), others stomped their feet coming up to him, trying to intimidate, still others ran away... But they keep coming back to the house despite the new resident.

Another picture of dog and deer: 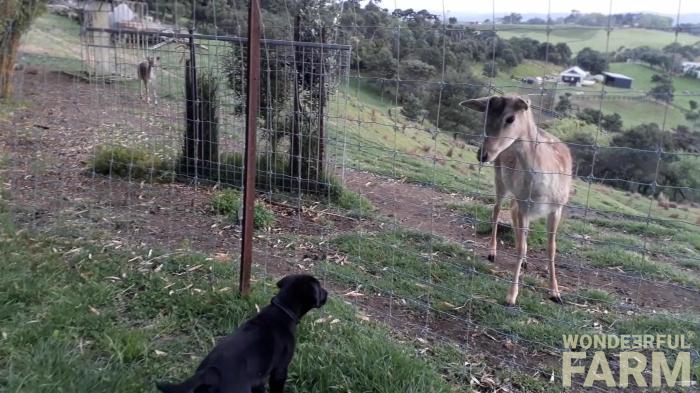 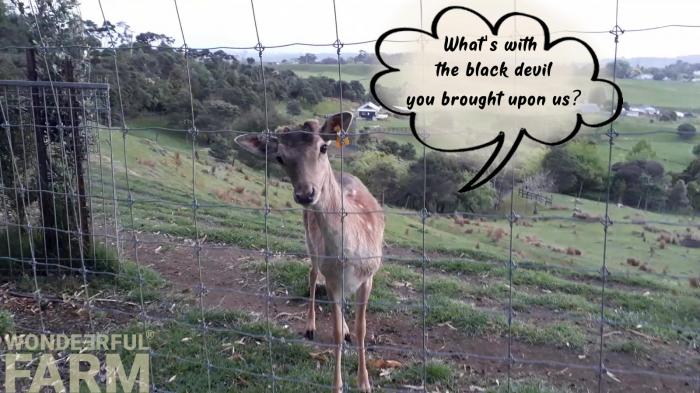 Dobby has been almost the whole month with us (and the deer) and his attitude towards his neighbours has improved. There's still an odd bark but a lot of times there's also ignoring grass-munching the weird things in the background. Although, being a pup, he doesn't mind eating some grass here and there and even give a carrot a crunch now and again (tsss, don't tell the deer!)

He's visibly bigger now and almost twice as heavy (10+ kilos, good thing we don't have to come pick him up to take him away from the deer fence every time any more, he comes when called and is much less excited at the sight of the neighbours). 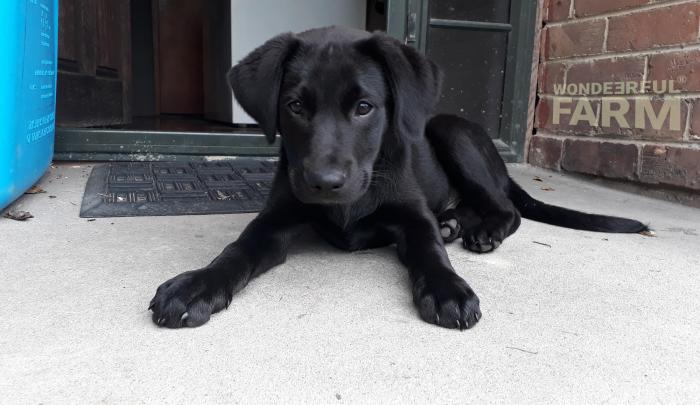 Puppy growing up on deer farm

Here's a video of one of his latest interactions with deer

The getting to know each other continues... 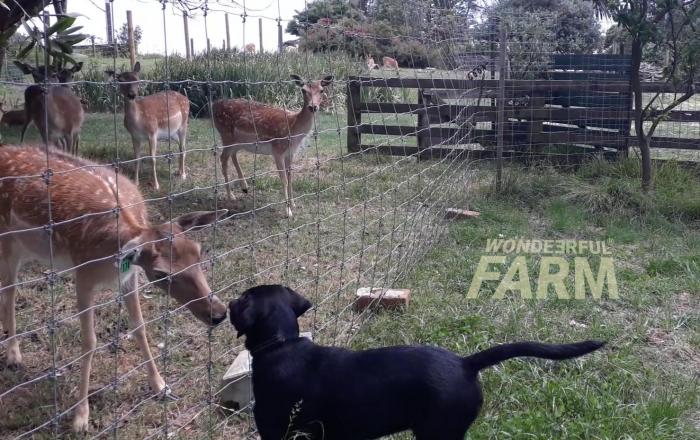 While the pup occasionally gives our deer leader :) Miss #174 a twitching eye, she keeps coming back to examine him over and over.

Other deer also get close occasionally and give little dog a sniff. Here's Dwarfie:

Remains to be seen... Dobby and the deer become more and more tolerant, he even tries to reassure them he's cool and play. He could sometimes be seen laying down by the fence, letting deer on the other side watch and sniff him.

How did we achieve that? We did not allow Dobby to bark at them, which was all he wanted to do initially. We encouraged calm behavior and also fed them simultaneously:

Our pooch is a friendly and playful guy, so once he's figured out even though he's outnumbered, he's not in danger, he has been trying to turn the deer into his playmates. They were very scared at first, but then many have relaxed around the crazy black blob running back and forth along the fence.

There's fawns being born all round at this time of the year, and those are playful things, but they're more cautious than their moms and won't come close to the fence. For now...

Whether deer realize or not - they now have a new competitor for their favorite treat - bread. Dobby just has to have a piece now. Carrots - sometimes. But not overly keen. He's 15 kilos now at 4 months of age. 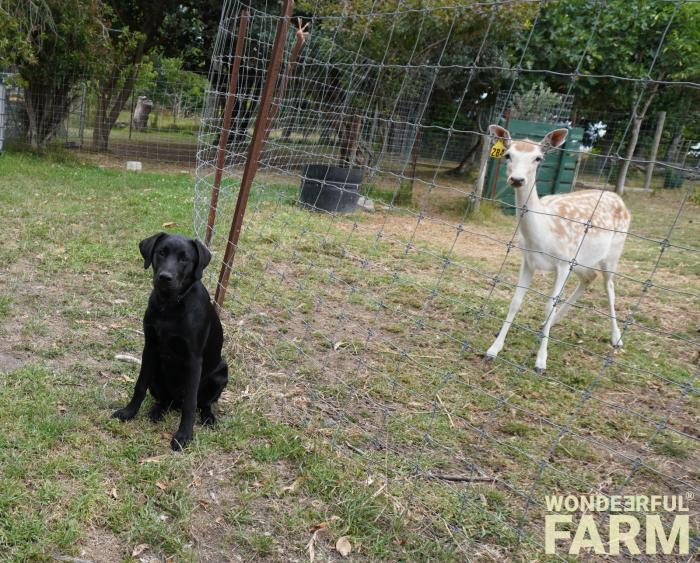 Update 15-02-2021: Our dog is growing, sometimes still tries to initiate play with deer, sometimes is calm around them 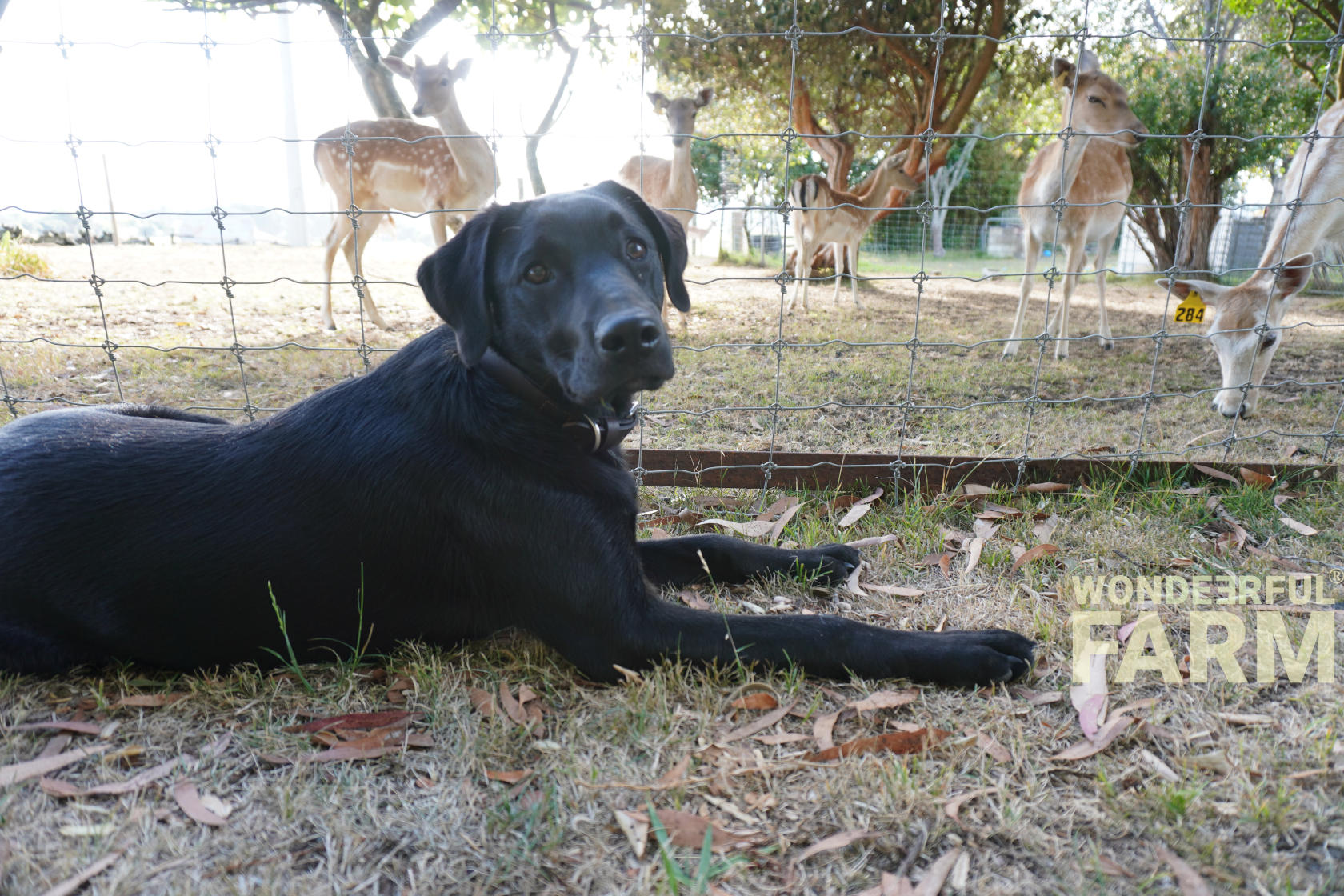