And we mean that in a direct, non-methaphorical way.

Deer are cunning animals. At least our ones. Maybe because they’re so well fed.

So we have this big plastic bucket with clip-on lid where we store their maize (corn). We take some out every night as we feed out, then it stays closed.

Yesterday deer were right by my side watching as I’ve been grabbing the maize from the bucket and giving straight to them. They could witness that many times before, but usually not that close. They must’ve made the connection that that’s where that food comes from.

Today? Today there is no bucket. Vicious attack must’ve taken place in the morning, as there was still some maize on the ground at 10 o’clock.

At first I thought they just kicked it on the side, but on closer inspection this is what I’ve found: 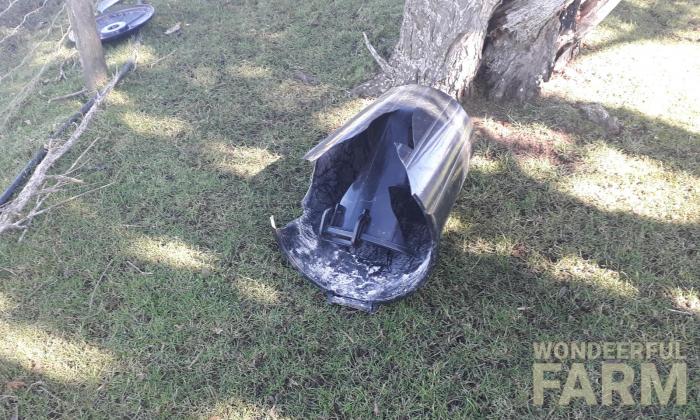 The attackers must’ve done quite a dance on top of the kicked down bucket. It was pretty sturdy plastic. Tells you how strong even middle-size deer really are and what damage they can do if they’re motivated. I even think I know who done it. The buck that kicked the bucket. This fella: 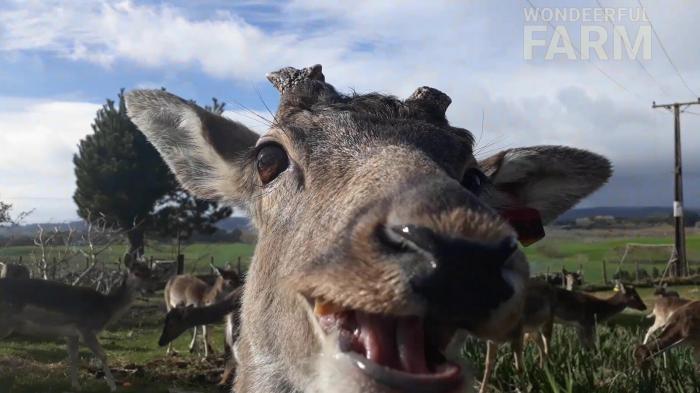 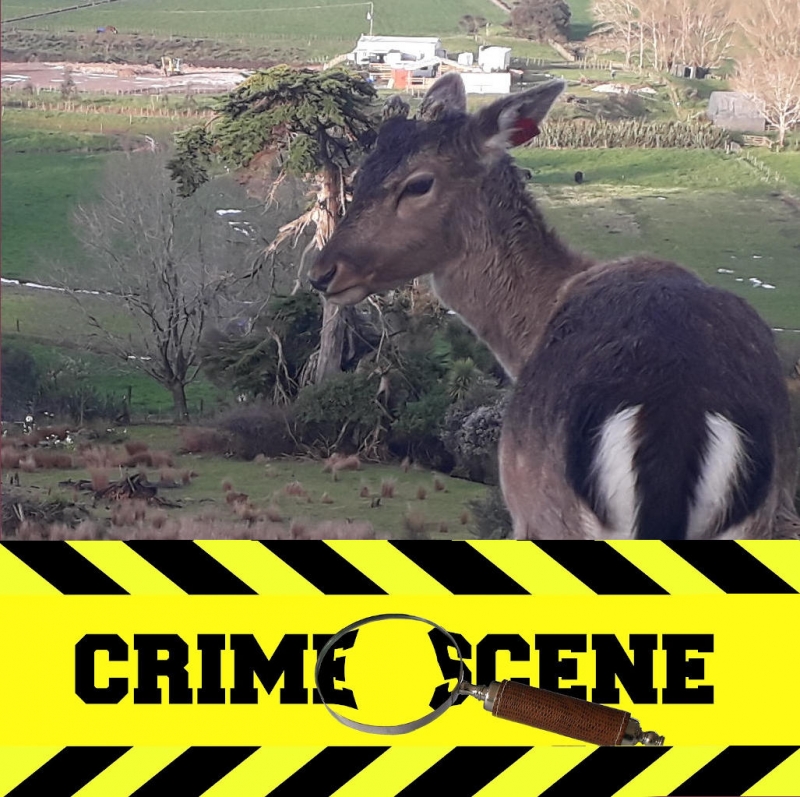 Here he is on the 'crime scene' later as I was distributing carrots, unbenknownst the deer may've already had themselves plenty of food. 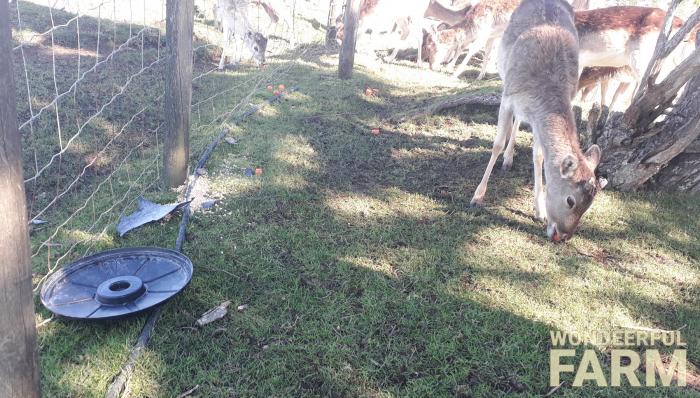 Yeah, he's still eating carrots. The 4 stomachs must come in handy. )) Ok, not stomachs per se, deer have four chambers. One is basically a sack for just gathering food into, to ruminate on it later. His must be heavy by now. 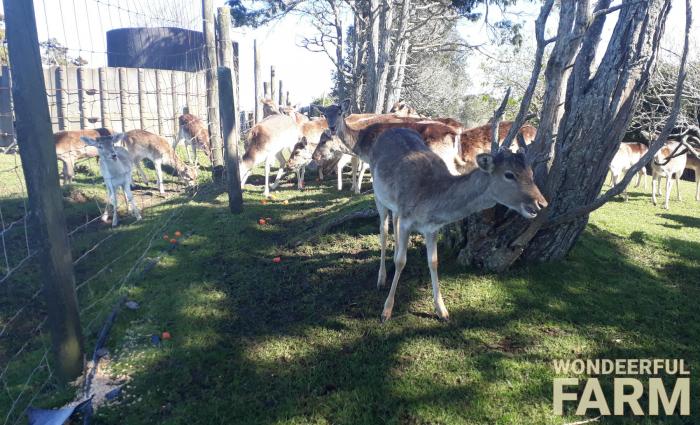 Thankfully, the bucket was less than half full. And hopefully whoever done that was forced to share because for any one deer to eat a lot of corn at a time isn’t good. Although ours must be adjusted to it as they eat it every night. And these days they rarely travel in small groups, more often a whole bunch appears, sometimes 2-3 big groups.

Oh well, no more storing buckets with food where the little devils roam. And no evening corn for them tonight.

That laughing face is hilarious!!! 😁 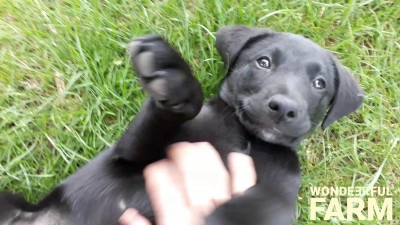