Deer nodding. Whats up with that? Why deer bow to you.

» Deer stories » Deer behavior » Deer nodding. Whats up with that? Why deer bow to you.

We've noticed this behavior ever since deer started getting brave enough to come closer to us. A deer will so that when they know you're looking at them. So what does it mean when a deer bows to you?

Watch this big deer bowing a few times while standing outside our window, looking at us, hearing us talk. He's been fed through that window before.

This behavior is not gender-specific, does will do that as well.

When bowing happens, it's usually one deer in your eye focus, knowing they have your attention (and not treats yet! But that should be the other way around!). Our perception is that nodding, or bowing, follows the track of food when it lands. As if the deer is saying:

"This is the game we play, human: you throw whatever tasty thing you got there and I pick it up from the ground. So put it right here, please, I'm ready."

Ultimately, it's hard to say why for certain, but this seems to be the logical reason. Deer eat with their heads down, picking stuff from the ground. They've seen you throw stuff on the floor. They approve of that. In case you've forgotten, they're reminding you what you should be doing: throwing treats right under their heads.

Deer who have grown accustomed to taking food directly from our hands often come to prefer that over being thrown stuff. They never nod, they just come as close as possible to wherever they think you might reach them. If they're behind a fence they'll often stick their head through it in an effort to be closer to food than other deer. 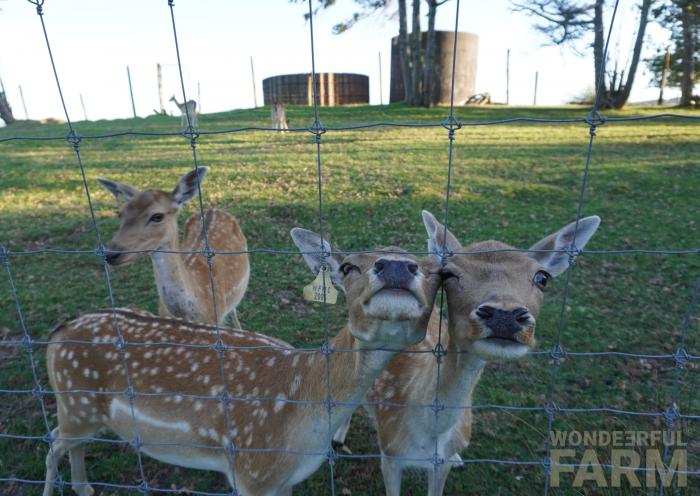 So bowing is basically begging. They're too scared to approach you and be hand fed, but they will pick it up if you throw it on the ground.

I have a deer that has been coming around and I’ve been feeding her. She is getting brave and getting almost close enough to take the food out of my hand. She’s a small doe probably two years old or so. I nodded my head towards the woods and said ok all done time for you to go eat trees or something in the woods and she mimicked me and stretched her neck out as well. Every time I did that she did too. Any idea what that means?

Wondeerful Farm
Sweet! See if she does any bowing with you just standing still, probably will. Deer do lower their heads in a submissive gesture, but that looks a bit different from bowing, head stays down and the funny, baby-deer-like noise comes out. I think whatever deer do when they encounter humans that feed them simply means asking for more food. That's when they're still afraid - they're polite, once they feel safe they take you by storm, literally run to you and stand in front so you can't walk past them (like a basketball player would do to get the ball from another player). After a while (could be a year!) they also don't mind being rubbed on their heads, even though first time you do it it spooks them.
20-07-2021 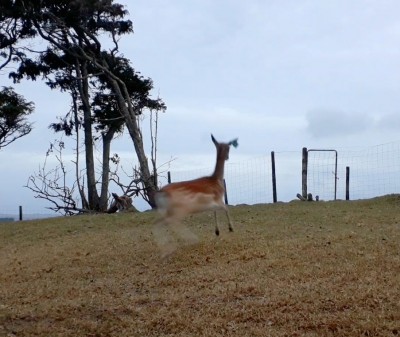 Scared as a deer: Hind scared of bread

Wilder hind gets scared of bread, then changes her mind, then panics again. Some deer take shorter time to warm up to humans, some - longer, still others never seem to be able to overcome their wildlife genes.
read more... 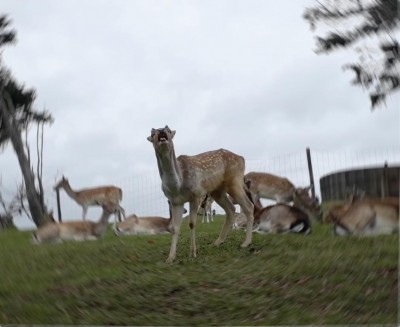 Roaring dominant stag (buck) is very busy these days, herding and serving his hind (doe) harem day in and day out. Mating is on!
read more... 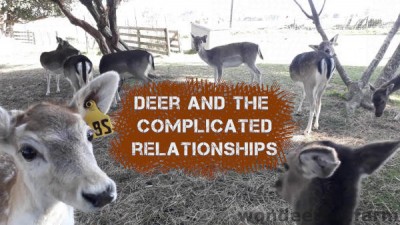