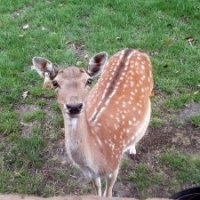 Junkie vs the fence

Junkie has gotten her nickname for being the first deer to become overly enthusiastic over bread when we first introduced it. Wherever she could smell that fresh multigrain toast package being opened she'd soon be, and she'd overcome her deer feer for it really fast. Since she was the first to exhibit signs of bread addiction, she was nicknamed Junkie. But in reality, they're all suckers for bread. Bread makes deer go mad!))

Since Junkie was comfortable coming closer than others would initially, and even "climbing the walls" (from underneath) to get closer to the house where food was often distributed from, she soon picked up on the name and today seems to be able to respond to it. Say 'Junkie' - she'll turn around. Mind you, she probably thinks it's another code word for food, but oh well, we don't mind. 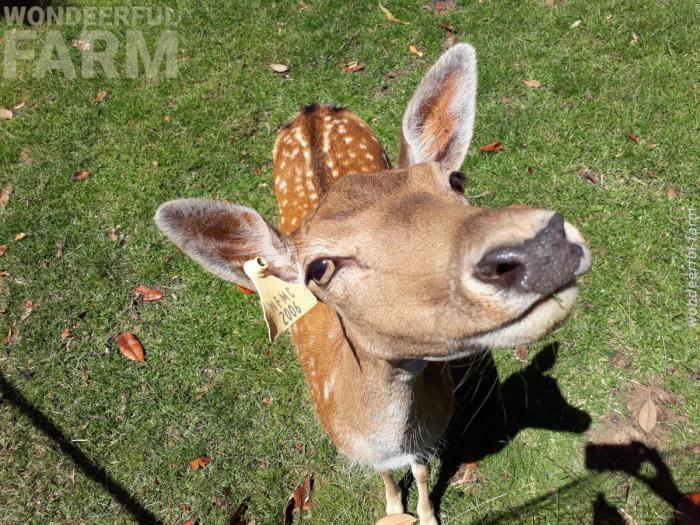 You might notice the size of her belly on this picture. She did get pregnant this and last year, but didn't become a mother. Whether she abandoned her newborns or they were born dead we can't know as deer hide away to deliver their fawns. She certainly has all the food available, including specially formulated vitamins. This year (2019) she was gone for just about a day or two and came back obviously having given birth, ate as usual, didn't appear to be distraught at all. But we did find a dead fawn later.(( Could be, that Junkie simply doesn't want to be a mother any more. Hey, motherhood is tough! Have to keep eating for two and then share with the young.

Junkie loves eating for two as it is. Sometimes we think she has an ambition of becoming world's fattest deer. Maybe it's like her dream, you know? 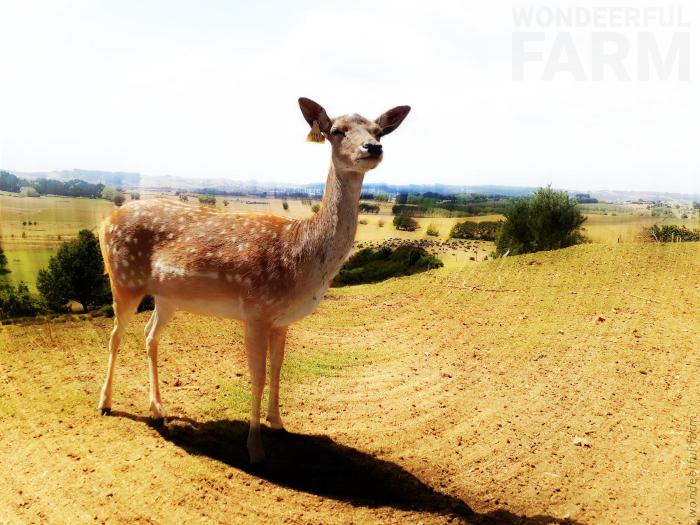 Being so brave in her pursuit of food, Junkie is the biggest hind on the farm. When you look at her among the other hinds, you think 'here come's the truck'))

On the next picture, granted, Junkie's 11 years older than Deer Ms #182 orange, but notice those fat wrinkles on the back of her neck! And she's not pregnant there either. 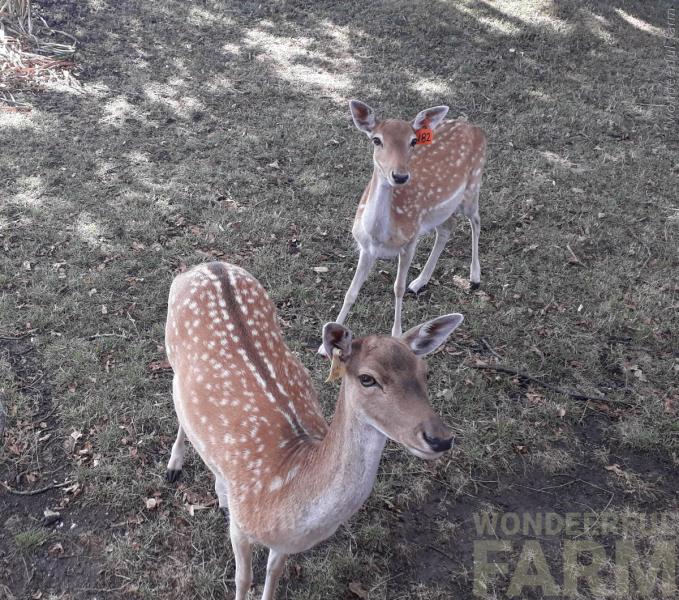 She's purely entertainment value. May she live long and fat!

Watch her playing with the swings and grooming herself in this video:

How Junkie became known as an escape artist find out in the story Junkie vs fence. 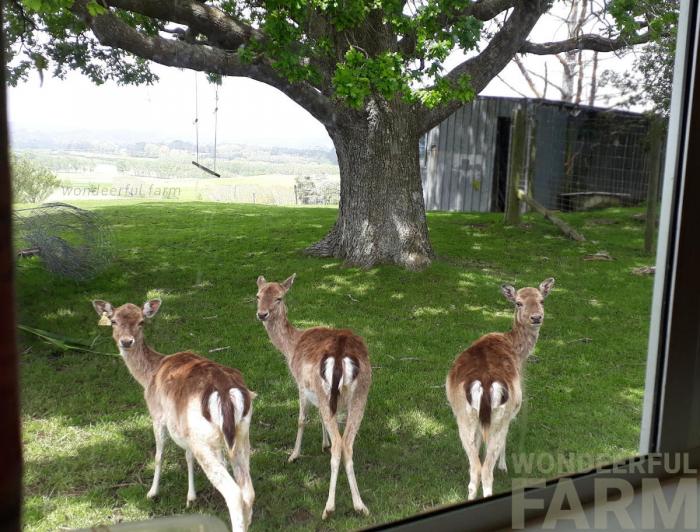 Junkie and girlfriends, all pregnant and still in winter coats, October 2019 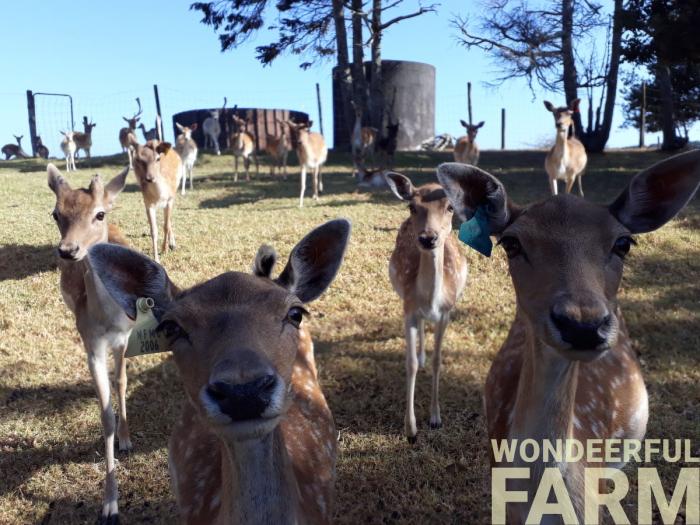 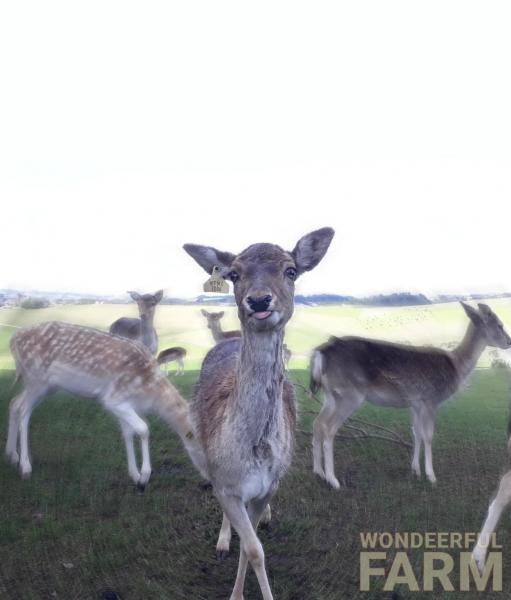 In the spirit of our times, Junkie is very body-positive and thinks she could even be a ballerina if she wanted, despite her weight. :)