Deer mainly sustain themselves on plant matter, so they are herbivores. That being said, deer like some other mammals, are capable of eating meat from time to time.

When their normal food sources are scarce, when deer are starving they may resolve to eating more insects and even smaller rodents. 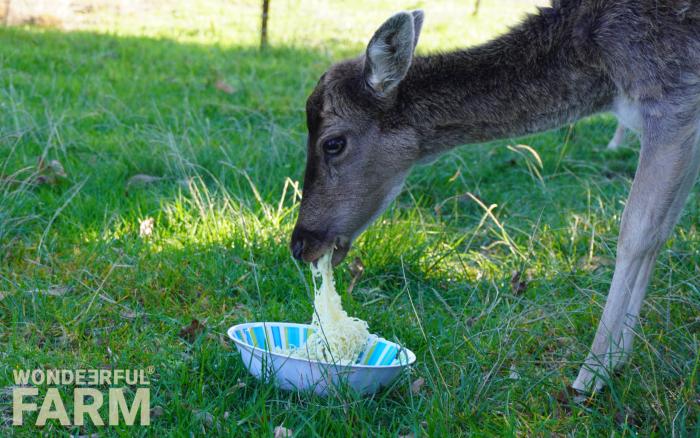 So why not call them omnivores then?

Omnivores are organisms that normally eat both plants and animals. The term stems from the Latin words omnis, meaning “all or everything.” An example of an omnivore is a dog, or a human. Omnivores will hunt a prey or scavenge, but will also eat different types of plants, fruit, and vegetables.

The difference between a deer eating a rodent and a wild dog eating the same prey would be that for a deer it's a rare occurrance but for a dog it's 'Tuesday', as they say.

Deer are not well adapted to processing meat, their four-chambered stomach is designed to digest plant matter. They are ruminants, alongside cows, sheep, and goats. And although some deer might be curious to try a piece of cheese once in a blue moon, fact remains that even from the anatomy of the deer, that they are herbivores 99% of the time. 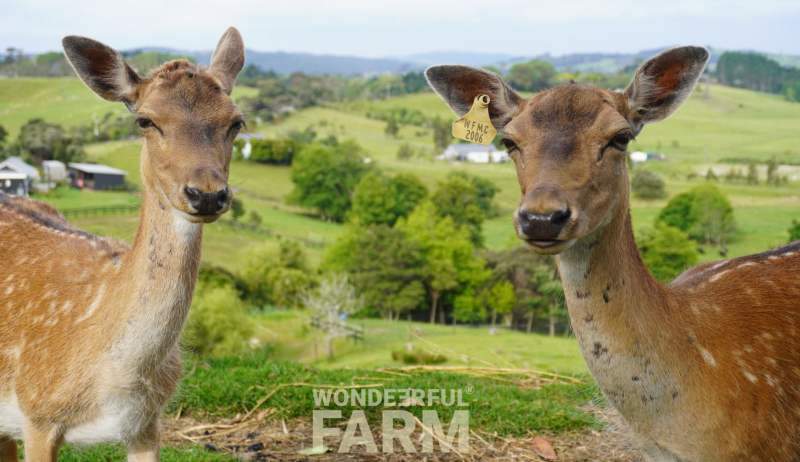 Technically, deer can consume some animal matter and not die - that's a fact. But that's not the same as being able to survive off of it for a long time. How much of animal protein they're able to absorb into their system is another question.

For [gross!] example, a mother deer after giving birth to a fawn ... eats her own placenta! It is looking quite grotesque when a deer is chewing something that looks like raw guts. They do this annually.

This scary fact about deer we've covered before - deer have been spotted chewing on human bones.

Ok, you say, this is a one-off event, exception only proves the rule. But what about a few more incidents where none other than deer were caught eating birds?!

When researchers in North Dakota set up “nest cams” over the nests of song birds, they expected to see a lot of nestlings and eggs get taken by ground squirrels, foxes, and badgers. Squirrels hit thirteen nests, but other meat-eaters made a poor showing. Foxes and weasels only took one nest each. Know what fearsome animal out-did either of those two sleek, resourceful predators?

So maybe deer are carnivores, since they can eat animal protein occasionally? No, because carnivores can survive and thrive on animal based diet their whole lives. We have no evidence of deer being able to do that. Humans can eat all sorts of things when on the brink of starvation. 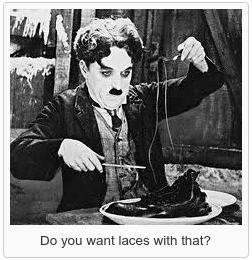 As things stand today, deer seem to be opportunistic meat eaters. An opportunistic carnivore is an animal that will eat other animals if the opportunity presents itself, but they do not need meat to survive.

If you've always thought deer only ever ate plants, your world might be broken and you'll never look at another deer quite the same way again. And what if the deer is looking back, sizing you up? ;) 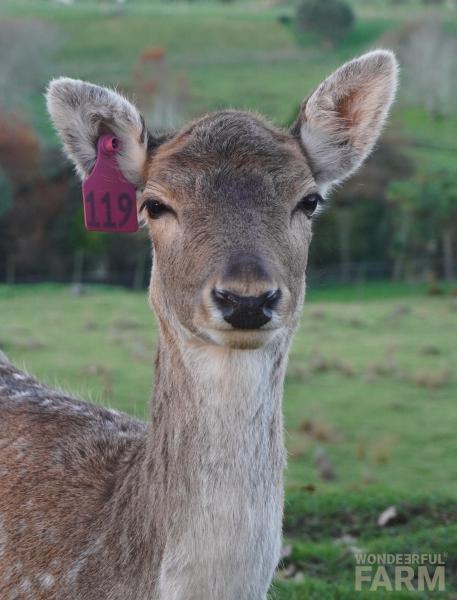 But rest assured, us 🦌 farmers still feeling quite safe around [well fed, farmed] deer and so are the fruitful families of rabbits hopping around them all day. Our deer farm is still abundant in chirping birds. There's still hope for a strictly vegan deer in the world!

What anatomical features testify to the fact that deer are true herbivores?

Herbivores typically need a few stomachs (or one with several compartments) and lengthy intestines in order to break down and extract nutrients from plants and incorporate them into their own bodies.

A deer’s intestines are 28 feet long (8.5 meters), which is about 7 times the length of the animal.

The small intestine of a human (omnivore) is about 20 feet (6 meters long), or around 3.5 times the height of an average person.

👋 In case you wanted to know even more...

Deer are herbivores, and to be even more specific, they are browsers (folivores). In zoology, browsing is a type of herbivory in which a herbivore (or, more narrowly defined, a folivore) feeds on leaves, soft shoots, or fruits of high-growing, generally woody plants such as shrubs. This is contrasted with grazing, usually associated with animals feeding on grass or other lower vegetations.

Examples of animals that are browsers:

However, deer are still well accostomed to grazing grass.

"A true grazing animal (sheep) is ideally suited to grazing grass and legume pasture while a true browser (moose, roe deer) selects foliage (leaves, young tips, seeds etc.). Red deer therefore exhibit some of both which gives them the benefit of some flexibility in their diet." - [ source ]

So are our European fallow deer, they rely heavily on grass, plus getting some leaves from various trees around the farm, plus getting supplements and treats like balage, soy, corn, carrots and even bread. 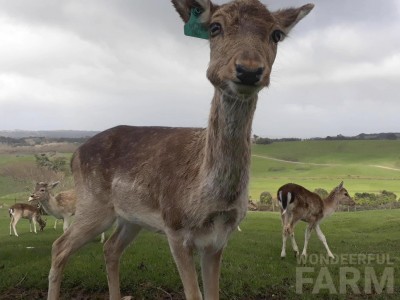 Facts and illustrations on deer digestive tract. How deer chew and swallow. A funny gif and a short video to illustrate.
read more...

In conclusion, deer belong to herbivores, but may exhibit opportunistic omnivore behavior when times are tough. They belong to the subcategory of herbivore called folivores, or browser, which means they are 'designed' to primarily feed on leaves, fruits of high-growing woody plants, soft shoots and shrubs. Being ruminants, they constantly chew and regurgitate their food. Plants being much harder to digest than meat necessitate deers' stomach to have four chambers and long intestines, all dedicated to the process of breaking them down. 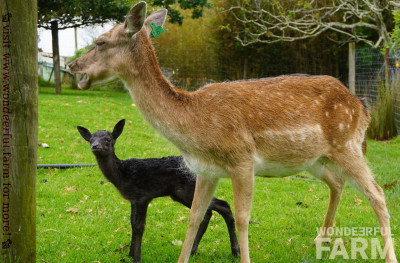